In this tutorial, we'll run through the full story of a claim.

To do so, three actors will be involved: a claimer, an attester and a verifier. You'll be playing all three roles (unless you're in a ProofID workshop and different participants are playing different roles).

These three actors will be exchanging various objects; the most important one is the credential. This is how an credential is created: 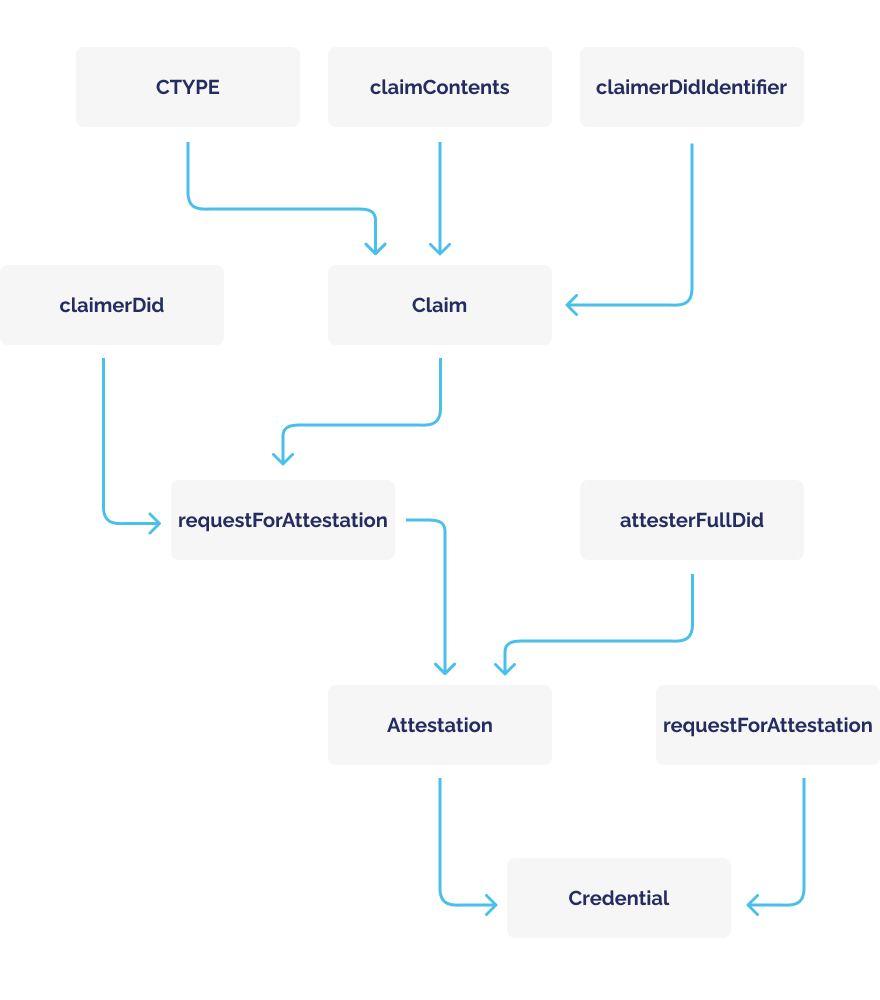 That's a mouthful, but don't worry - we'll dig deeper in the elements of this diagram in the next steps! For now, just keep in mind:

OK, let's start by generating ProofID identities, and then we'll go on and create a claim.